On Becoming a Fearless Pruner 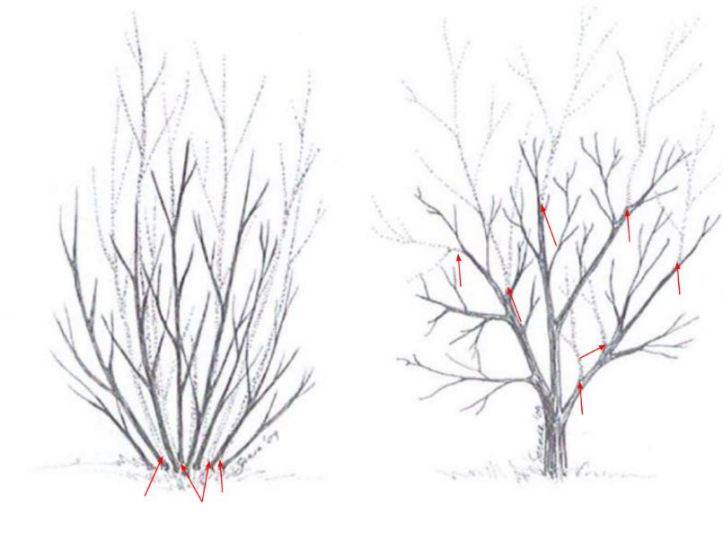 For much of my gardening career, pruning a woody shrub has intimidated me. Fears of “wrong” pruning abounded: What if the cuts I made eliminated all the new-growth buds and the pruned branch ended up an unsightly stump? Or if I cut too much and it died? Or if I cut it in a weird pattern and the shape never recovered? The list of potential bad outcomes grew ever longer in my mind.

So I would snip off a few branch ends every now and then, but mostly I would just let the shrub grow as it would. I rationalized this as being “naturalistic” gardening. And this is not a bad approach, especially for a native plant gardener. Pick the right plant for the conditions, give it enough space, and watch it thrive without lots of manual intervention. These days, I use this approach whenever I plant.

Of course, some of my older specimen shrubs were looking really unhappy, and no one likes to cowed by mere plants, so I’m trying to rise to the challenge. I started reading up on pruning techniques, and I have learned some useful things, such as that rhododendrons and hollies can mostly be cut back hard and they will come back. Also, multi-cane shrubs, like my red-twigged dogwood, benefit from having the oldest canes cut at ground every winter. I was moving from being paralyzed to merely being timid.
Then I had the good fortune of being able to learn first-hand from some real experts. At classes at the Garden in the Woods, instructors shared their techniques and then allowed us students to practice (under supervision) in their garden. And as a volunteer on the Rose Kennedy Greenway, I was able to work side-by-side with, and learn from, their professional staff.

What I learned is that in addition to a lot of experience, each of these professionals have several mental tools that allow them to be confident pruners:

Immediately, these tools have given me a checklist to follow when doing my own pruning: first, define the target height, spread, and density; then look at branch structure; then take advantage of the shrub’s growth patterns to encourage it to grow in an attractive shape. And make sure my goals for pruning each plant are clear and well-defined.

This winter, I have practiced these new tools on a weeping crabapple tree in the front yard. It is about 6’ tall, and the top layer of branches has a nice weeping shape. But I have let sucker branches along the trunk and at the root level go unpruned, so now the tree has lost its weeping effect as all those branches blend together, and the perennials near the base of the tree are in too much shade. Time to get out the pruners and go to work. 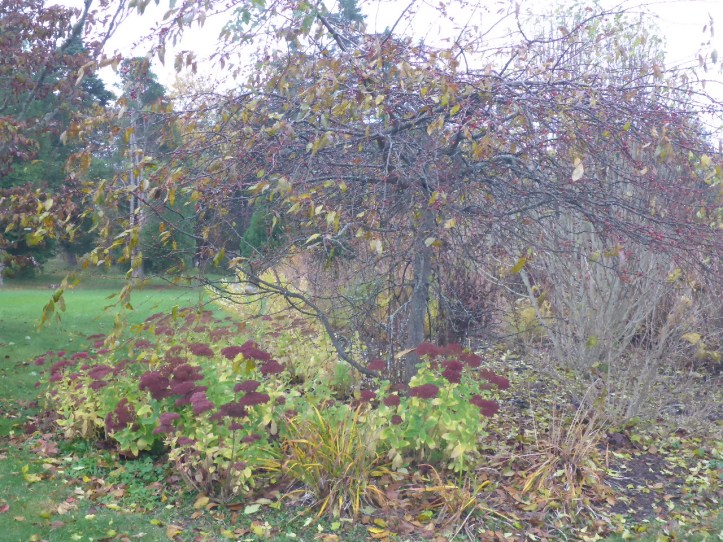 Here’s the “Before” picture. You can see how messy and crowded the branching structure is. 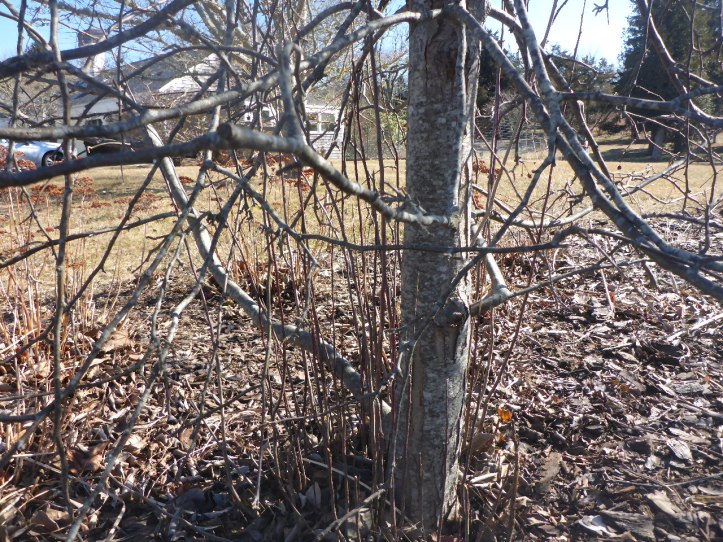 My goals before I start pruning are: 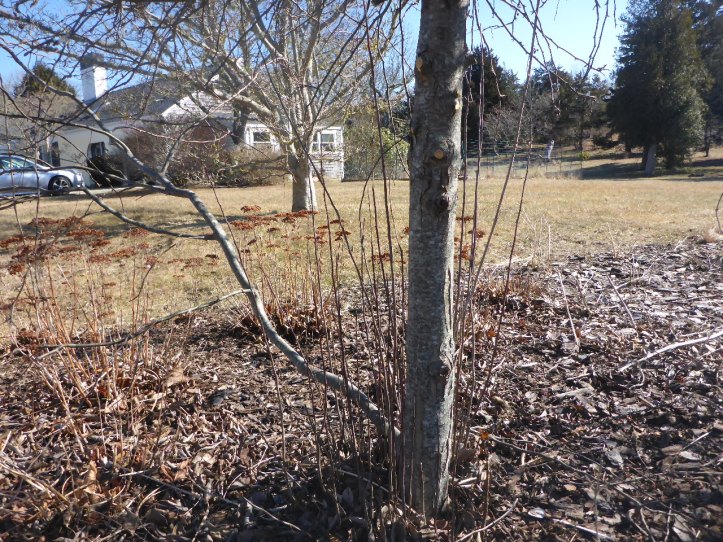 To start I removed most of the branches along the trunk up to where the larger weeping branches starts. After those cuts, it started to look better already.

Then came the cuts to remove the root suckers. It was interesting doing the trunk and root cuts – because I had a clear plan, there was no nervousness at all, I just went to work removing unwanted branches.

I had hesitated on whether to remove that one large branch growing from near the base, and one other medium branch just outside the picture at the top. But they both detracted from the shape I was going for – weeping branches over a single trunk, so they went.

After those cuts, I stepped back and looked at the tree overall. I decided that it could probably use some thinning of the crown for better light and air circulation, but that would wait until next year – I didn’t want to stress the tree too much at one time. I did trim a few branches back a couple of feet to let more light onto the perennials beneath the tree, but I was happy with the overall shape and result of the pruning.

In this “After” picture. I think the tree looks much more like it should as a specimen plant, and it will be a better companion to the surrounding plants in the bed. 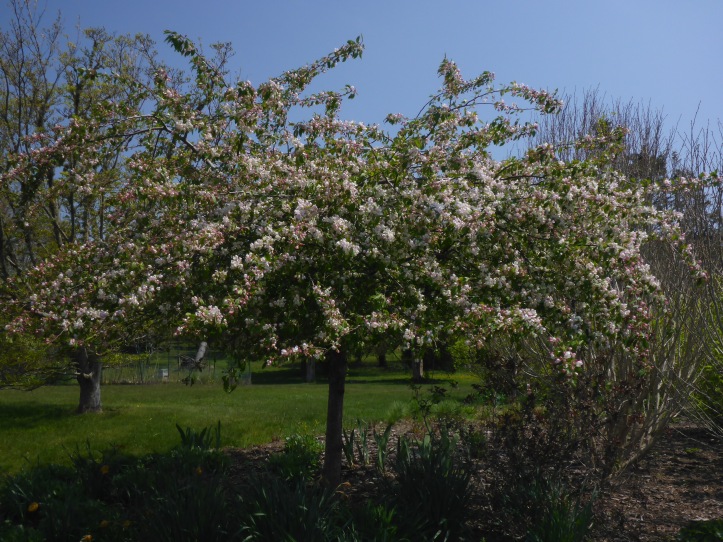 A few months later – here’s the “After” view taken from the same angle. I’m happy with the results! The tree bloomed well and I can begin to see how to open up the canopy a bit more next winter.

Now, as I walk around the yard after this project, I notice several more shrubs and small trees that could benefit from pruning. I have much yet to learn about specific shrub branch structures and growth habits, but now I have a mental checklist to follow, and each year I will get more fearless